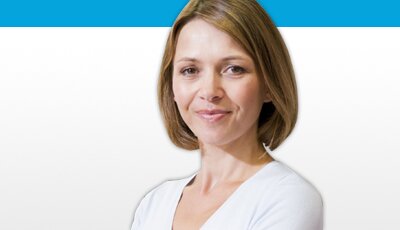 In 1996, Sandra Dill AM was appointed by the Governor General as a Member of the Order of Australia, for community service as a consumer advocate in the area of infertility. In 2003 she was also honoured with Life Membership of the Fertility Society of Australia , for her contribution to the Society and the understanding and management of infertility in Australia. She is the founder and Chief Executive of Access Australia , Chair of the International Consumer Support for Infertility (iCSi) patient leader network, Coordinator of the ESHRE Patient Leader Forum and Chair of ACT , a global awareness initiative of health care providers and patient leaders. Sandra has served four years as a Board member of the International Alliance of Patients' Organisations (IAPO).

She was a member of the Scientific Advisory Committee of the 11th IVF World Congress, held in Sydney in 1999 and organised the program for Day 1, which focussed on IVF and the Couple. She has been an invited speaker at international consumer and scientific meetings in the USA, Europe and Japan to address the effective medico/consumer partnerships that have developed in Australia, including Guest Lecturer at the Opening Ceremony of the respected scientific body, the European Society of Human Reproduction and Embryology (ESHRE) in Hamburg in 1995.

Sandra has acted as the consumer representative on National Health & Medical Research Council working parties reporting to the federal Health Minister; in law and policy reforms of most Australian State governments; on the board of the Fertility Society of Australia and on the IVF Medical Directors’ Group.

Sandra is regularly sought by the media for comment in relation to consumer perspectives on infertility and the medical and ethical issues it raises. In 1996, Sandra was the subject of the ABC TV documentary, One in Ten, following her through her sixth IVF treatment cycle, as part of their critically acclaimed In Real Life series.

She has an undergraduate degree in Commerce (Mgt) and a Masters degree in law. Her current PhD thesis will explore surrogacy, the meaning of family and the importance of genetic connection in the construction of family. She has published chapters in several international journals. Sandra’s personal experience over 12 years of medical treatment included eight IVF attempts, IVF miscarriage, facing a decision to cease treatment and learning to live with involuntary childlessness.

Petra is a social worker, social therapist and family therapist. She helped to found the German Patient Organisation “Wunschkind e.V.” in 1994 and has been a board member for many years. She has been working as an infertility counsellor for over 15 years. She is co-founder and Chair of the German National Organisation of Infertility Counsellors (Beratungsnetzwerk Kinderwunsch Deutschland e.V. – www.bkid.de), co-founder and Vice-Chair of the International Infertility Counselling Organisation (IICO – www.iffs-iico.org ), Co-ordinator of the ESHRE Special Interest Group Psychology & Counselling, Board Member of the German Medical Association for Donor Insemination (Arbeitskreis für donogene Insemination – www.donogene-insemination.de ) as well as member of other professional organisations.

In addition, she carries out training in infertility counselling for psychosocial and medical professionals and is frequently invited to present papers at national and international conferences. Together with international professionals and patient organisation representatives, she is involved in the Assisted Conception Taskforce (www.assistedconception.net ).She lectures at the Protestant University of Applied Studies, Darmstadt, Germany in various departments.

She has published extensively in the area of psychosocial aspects of infertility, with a special focus on gamete donation. Her research includes studies on decision-making in donor insemination, the medical practice of donor insemination and attitudes of donors. She is reviewer for several professional journals.

Her involvement with iCSi goes back to almost its beginning. She joined iCSi in 1999 and has been a coordinator since 2000.

Estela is a Chemical Engineer who worked as such up to 1996 when her first daughter was born through egg donation.

The experience of infertility moved her deeply and she decided to make a significant change in her life so as to be able to help other couples in their process of having a child.

She started studying Psychology to create a Patients’ Association and she graduated with honors in 2007.

From 1996 up to the present she has worked for the CONCEBIR Association ( presided by Isabel Rolando) as a member of the Board of Directors.

She has majored in Family Counseling. She has a teaching position at the UBA (University of Buenos Aires) and she works in the Newborn Intensive Care Unit at a private hospital.

At present she continues her studies in the field of Cognitive Psychology.